Everyone can remember buying their first car. Mine was a second hand rusty white Ford Fiesta and it did around 37 miles per gallon. Whilst it wasn’t the flashiest number, it got me from a to b (sometimes, not always).

In November 2020, government announced a ban on the sale of new petrol and diesel cars in the UK from 2030, and in April of this year it set into law the world’s most ambitious climate change target – to cut emissions by 78% by 2035.

These sweeping actions, in the run up to COP26 which will be hosted in Glasgow, are part of government’s drive for the UK to reach net zero by 2050, and as one the biggest carbon emitters the automotive industry has a huge role to play in reaching that target.

Whilst the global automotive sector had already invested in electrification, the ban on the sale of new petrol and diesel cars in the UK from 2030 has really accelerated the pace of change in the industry, especially here in the North East.

Paving the way in electrification

To build on its current success and cement its position as an industry leader in electrification, in July this year Nissan announced it and its partners Envision would invest £1bn in Sunderland to create Nissan 36Zero – a flagship electric vehicle hub and a world-first EV manufacturing ecosystem.

The company will produce a new-generation, all-electric vehicle in Sunderland, creating over 900 direct jobs and more than 4,500 in the wider automotive supply chain. A second Envision-AESC gigafactory on the International Advanced Manufacturing Park (IAMP) in Sunderland / South Tyneside will create 750 jobs and safeguard 300 existing roles. And to support Nissan’s expansion in electrification and clean energy, Sunderland City Council is aiming to deliver a one hundred per cent renewable electricity ‘Microgrid’ to power Nissan 36Zero – saving 55,000 tonnes of carbon annually.

This announcement on its own would have been transformational for the North East and our expanding electrification sector, but it’s one of two major investments taking place in the region that is helping position North East England at the forefront of the green energy revolution.

Britishvolt, has just secured planning permission to build its first full-scale lithium-ion Gigaplant facility in Northumberland. The factory is set to become one of the largest buildings in the world.

Creating 3,000 direct highly-skilled jobs, and another 5,000-plus in the supply chain, the £2.6 billion factory will eventually produce cells for around 300,000 electric vehicle battery packs per year. The project will be built in three phases, each of 10GWh to a total capacity of 30GWh by 2027-onwards.

I had the opportunity to visit the mammoth 235-acre site at the former Blyth Power Station earlier this summer. As well as housing the huge battery plant, it will also support a wider supplier park, helping attract businesses to the region and strengthening the region’s reputation as a centre for excellence in electrification.

As you can see, North East England really is in the driving seat when it comes to the revolution currently taking place in the automotive sector. Not only in terms of huge manufacturing capacity which is putting the UK on the map, but also a wider ecosystem, including leading R&D capability, which will ensure the region leads the development of the sector for years to come. However it’s important to remember that electric vehicles are just one of the clean energy innovations that will help the UK reach its ambitious net zero target. 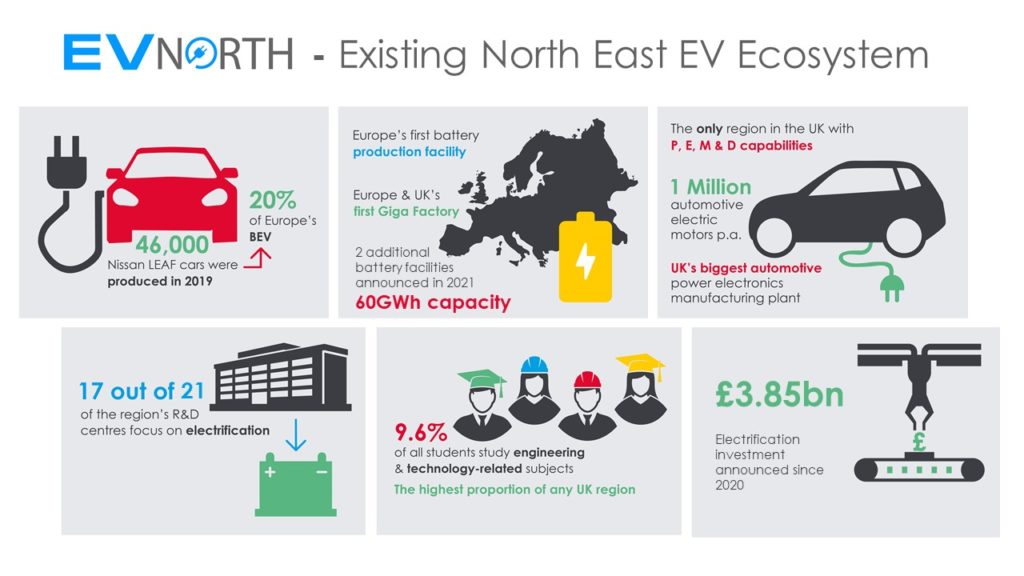 North East England is one of the leading destinations in the world for developments in clean, low carbon, green energy. The region’s offshore wind industry is recognised globally for its strengths in the sector, and the North East is at the forefront of research and developments in heat networks and other forms of low carbon energy – including minewater energy.

Because of the skills, talent and infrastructure we have in the engineering, manufacturing and low carbon energy sector, we’re continuing to attract significant levels of interest from inward investors – particularly those looking to capitalise on the region’s cutting edge energy strengths.

US sustainable technology company, Turntide Technologies – backed by Microsoft founder, Bill Gates – is the latest low carbon-focused business to invest in the region. Earlier this year, it acquired three North East businesses as part of its expansion into the commercial transportation industry, where it aims to be a one-stop powertrain platform provider.

Turntide Technologies’ chairman and CEO, Ryan Morris, cited North East England’s “strong track-record of industrial and automotive innovation” as part of the reason for investing in the region. It now plans to invest more than £100 million in the region to drive forward the decarbonisation of commercial and industrial vehicles in sectors like rail, marine and aerospace.

R&D and collaboration is key for future investment

The region’s commitment to R&D has really helped the EV and electrification sector flourish. It was given a further boost in 2020 when it was announced the North East would be home to a Driving the Electric Revolution Industrialisation Centre – a UK-wide project to accelerate the delivery of power electronics, machines and drives (PEMD) solutions for a global market.

Turntide Technologies’ endorsement of North East England has driven a huge spike in enquires from other companies working in the electrification sector, and those looking to enter the market.

Tees Valley’s strengths in the chemicals and process industry are intrinsically linked to the growing electrification market in the North East. Peak Resources has announced it will construct a refinery on Teesside to produce various rare earth products critical to electric vehicles and renewable energy technologies. The area’s Freeport status also offers significant opportunities for the energy sector – both in terms of manufacturing, and international trade.

The pace of change needed for the UK to reach net zero by 2050 is huge, and it will take commitment from all areas of industry to achieve it. Here in North East England we’ve taken on the challenge to lead the UK’s green industrial revolution, and we intend to play a central role in creating a more sustainable economy for all our futures. 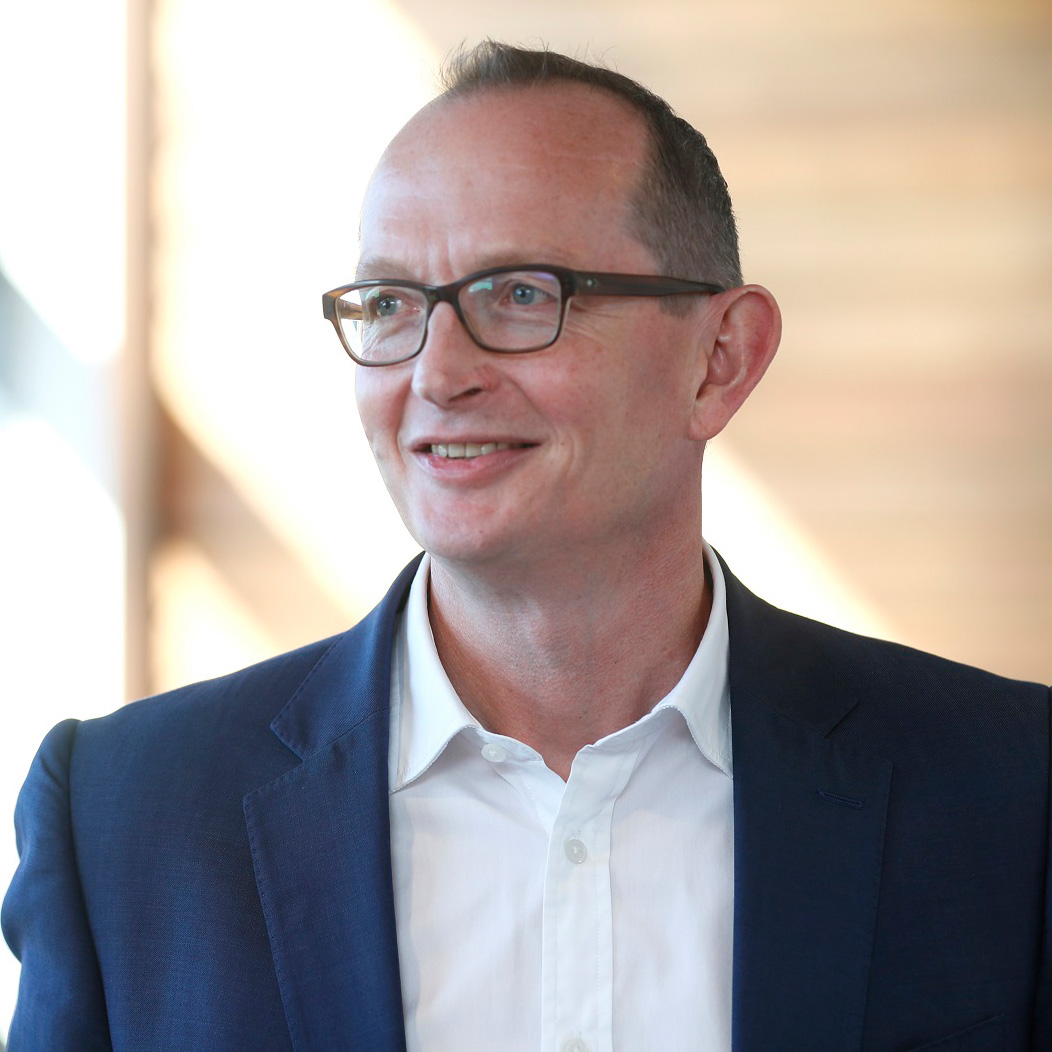